Frank Puhlmann is a managing director at Residential IoT Services GmbH, a company of the Bosch group, where he is responsible for Product Management & Development. Prior to his current role, he was responsible for the Living IoT Lab at Bosch Software Innovations GmbH. He established and headed the IoT Partner & License department and the Methodology and Solution Architecture teams. Before joining Bosch, he worked as a Technical Product Manager and Head of Research at inubit AG (a Berlin-based BPM company) and as a Senior Research Assistant at the Hasso Plattner Institute in Potsdam (Germany).

Frank's professional and research interests focus on the Internet of Things and Services (IoTS) and Business Process Management (BPM). He is especially interested in opening the field of IoT for traditional enterprises, ranging from IoT business model creation down to concrete software architectures. During the last years, he also gained experience in the B2C mobile app business, being responsible for the product management and development of the Home Connect Plus app.

In his spare time, Frank is working on open source projects (see github.com/frapu78) as well as developing mobile Apps like Magic Mimi. Magic Mimi is an app that works as a primer for pre-school kids and first-grades to learn how to write spoken words. 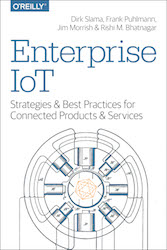